These are truly tough times. Corona pandemic, earthquakes in Delhi and other parts of India, Amphan and Nisarg storms in Bay of Bengal and Arabian seas respectively, people losing livelihood, struggling to go back to their hometown and a lot more. These miserable conditions are making the lives of many people stressful. The palpable load over mind is aggravating. This all seems endless and now the news of suicidal death of Bollywood actor Sushant Singh Rajput is another unexpectedly upsetting. This ever-increasing melancholy along with the pandemic cases must be brought down here and now.

Nobody would have thought that such a promising and phenomenally successful actor and personality like him will take a step like committing suicide. Actually, words like committing suicide should also not be used as it is not a thing to be committed. However, the suicidal death of this actor left many questions unanswered and shook the logical ability of even intellectual minds. Some things remain always unanswered. May we never know what happened with SSR or what was he going through the last days of his life. But we surely understand one thing that no body even in their wildest thoughts would have imagined this to happen. 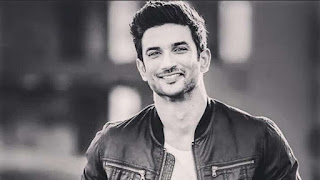 SSR, an encouraging, hopeful young boy with eyes full of ambitions landed in this mayapuri– MUMBAI from Patna, Bihar. An engineering dropout starting his career with star plus’s Kis Desh Me He Mera Dil getting fame from zee tv’s  daily soap – Pavitra Rishta became a household name. His debut performance in Bollywood was Kai Po Che , based on Chetan Bhagat’s novel – the 3 mistakes of my life, gave him nomination for the Film Fare award for best male debut. This movie also set his feet in Bollywood deep. There was no turning back then. There were back to back hits – Shudh desi romance, p.k, M.S. DHONI, CHHICHORE, he left a long list of successful and critically acclaimed movies behind. Biopic on former Indian cricket team captain MS. Dhoni was the blockbuster crossing hundred crore mark in box office collection and fixed his name over one billion club board. His roles in Chhichore and Detective Byomkesh Bakshi established his image as a versatile and serious actor. His detailed depiction of M.S.dhoni earned him Mr. perfectionist tag in acting skills such that audience which went to watch the movie as Dhoni fan came out as SSR fans. Undoubtedly he was one of the recent rarest talent the Bollywood had just found. Starting his career from a background dancer to becoming a lead actor playing legendary roles like MSD and popular fictitious Indian spy – Byomkesh Bakshi and much serious roles of a Chambal rebel (baghi) in the movie Sonchiriya, brought the legendary yesteryear actor Iftekhar’s famous dialogue from the 1975 movie  Deewar which he said to a shoeshine boy character of Amitabh Bachchan (played by master Alankar)– “ye  lambi race ka ghoda he.. jis din zindagi ki race me isne speed pakdi ye sabko piche chhod dega” into life.

Ye lambi race ghoda.. which was about to leave everyone in his life behind left his own legacy behind and no one knows why he applied brakes on his life’s race so abruptly. All these things will remain undiscovered perhaps for the indefinite time but still the facts that he was highly successful, talented and hardworking actor and yet he ended his own life in such a tragic way will stay in people’s mind for a long time to come. This may be an indication that success, money, wealth, contacts and so on does not even matter if you are all empty from inside. SSR may be all alone from within. some media reports say he was going through clinical depression and was taking medications for the same.  Some saying his mother’s death in 2002 had a devastating impact upon him, some saying he was pulled out of almost seven films in recent past many such things have started coming out from the inferno of this glamorous Bollywood buttressing his clinical depression condition theory.

Whatever the reason may be, but every able minded person would argue that suicide is not the way. Experts, media and every tom, dick and harry can so comfortably say that suicide is not the option. Suicide should never be thought over. No matter what. But this is also true that nobody can judge a person’s mental state in his or her depressing days flawlessly which force the person to such a wretched and devilish act of suicide.

The sudden demise of SSR once again brought the long-hidden topic of mental health into light. Why should it be a taboo? why should not it be discussed on public platforms, schools, colleges, universities etc ? why should not it be openly discussed among families? Since a long time, it has been an untouched issue. The bigger problem is even in present times it is not appreciated to talk about one’s mental health issues. Mental problems are real. Anyone can develop it. Our society has already set some stereotypes like one has to be mentally strong and has to avoid being emotional. For god’s sake why one must hide his or her emotions? Why a person weeping out of his or her emotions is considered emotionally weak? Emotional people are the strongest. Emotions and feelings are to be expressed and not hidden. Mind is such a deep well that its water will perish if it does not get replenished by rains. It is like a dormant volcano which still has the potential to spit the magma out. Mind is like a jigsaw puzzle which is incomplete without all its pieces together. Mind is like house of cards which is so fragile that it can collapse with the blow of wind. Mind is as deep as ocean and as wide as universe which is still less explored. Even an able bodied, physically strong person can get affected by a microscopic virus or bacteria then how mind is not vulnerable from a gigantic issue of mental stress? We are not trained to be strong minded. There is no never-failing prescribed training for it. All we have is our fragile, yet stable mind and we need to keep it stable always in all the situations. But this mind needs another mind to communicate, to connect, and to engage. So here comes the question of loneliness. Was SSR the victim of this evil of loneliness? May be yes may be not. But it can aggravate the suicidal tendencies. One can be lonely even within the crowd. Your social media followers are just the crowd.  One needs companions and not the crowd. Companion can be father, mother, brother , sister, friends or anyone with whom we feel comfortable. Our mind has the divine ability of finding this companion. And once it finds this companion it gets connected to it.

Pratyusha Banerjee, Jia khan , legendary actress Parveen Babi all these may be the victims of loneliness. Perhaps the mysterious death of yesteryear legendary beauty Divya Bharti was the beginning of all this which failed to expose the hypocritical success  and colleagues in the film industry. The case was finally closed down as accidental death by Mumbai Police moreover unfortunately, social media was not present back then so her death could not be further investigated by social media commentators. The list is much longer in Hollywood. Hundreds of celebrities and thousand others have committed suicide in this century itself. Humans are social animal. We are designed to be socially active by making friends, making relations which we should keep on doing. We are not born to be alone. We come alone in this world and leave it alone that is what the metaphor about our existence we often say, but in between life and death we make many relations some temporary and some long lasting. This way we fill up our loneliness. In this modern mechanised and glamorous world often, people chase success and they get it but the most important thing they should chase is mental peace, inner happiness. One should ponder over it. Success, wealth, connections are of no use if they make you feel lonely and disconnected from your mind and soul. So, develop good habits, hobbies, be socially active, speak your mind out, express your emotions, do every possible and ethically right thing to keep yourself happy. No happiness is greater than inner happiness and mental peace.

No matter how much pleasing solution one tells or writes about dealing with this disregarded issue of mental health certain facts from the death of SSR are still mind baffling. 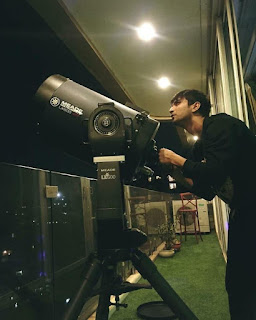 How can a person having the interest in learning astrophysics and quantum physics , and having the hobby of observing the stars through his MEADE LX 600 telescope, wishing to learn courses in NASA and visiting the CERN, wishing to learn flying a plane, wishing playing tennis with a champion like Saniya Mirza one day, wishing of sending at least 100 kids to NASA / ISRO , meditating in Kailash man-Sarovar, writing a book, swimming in the waters of Cenotes , learning Morse codes and teaching coding to visually impaired, visiting LIGO, learning Vedic astrology, visiting Antarctica one fine day, shooting an active volcano, help students prepare for Indian Defense Forces, making documentary on swami Vivekananda, how can a person having so diverse wishes and dreams take such a step of suicide? it’s not like that he did not have companions at all, had girlfriends in the past and present too,  close friends, sharing and caring sisters, understanding and supporting father, use to go to gym to keep himself fit always, use to meditate, had library of thick non-fiction books and also inspirational ones, above all during his depressing days was taking the help of a professional psychiatric, how can such a person be of weak mind and how can such a personality assume this unforeseen and unsolicited death.

This is not fair what you did SSR, you were never an OUTSIDER, you were always an INSIDER, you were inside our hearts. You called us your real godfather and godfather never leaves his lad alone. You will never be forgotten.

In this time of uncertain events, Manzar Lakhnavi’s shayari is worth remembering – 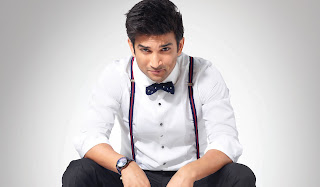